The institution of rent regulation, which guarantees a tenant an automatic right to a renewal lease, has created more long-term tenancies throughout the city’s regulated units. Many of these long-term tenants are now senior citizens, and continue to reside with their children and/or grandchildren.

The challenge facing many landlords is proceeding with eviction actions when it is the family member/occupant of the tenant-of-record who has violated their tenancy. This can be especially difficult when the landlord is compelled to bring an eviction proceeding pursuant to the D.A.’s Narcotics Eviction Program predicated upon illegal drug sale perpetrated by a family member of the elderly tenant-of-record.

Once there has been an arrest in an apartment, the landlord will usually receive a letter from the D.A.’s office, advising him of the illegal drug activity in the apartment, and directing him to commence and diligently prosecute an eviction proceeding against the tenants and occupants who allegedly use their premises to conduct illegal business. In essence, this program holds the landlord “responsible” for the drug sale in the building, and compels the landlord to take action or face severe penalties, including the possibility of losing ownership of the building.

While the program aids the landlord in prosecuting the eviction proceeding, including furnishing all necessary documentation for trial, and producing the arresting officer in court to testify, success in these cases is not always guaranteed. The landlord must not only prove by a preponderance of the evidence that the apartment was used to facilitate trade in drugs, but that the elderly tenant-of-record “knew, or should have known” of the illegal drug activity. This is not always an easy standard to meet, especially with the reluctance of the court to evict, given the high value placed upon rent-regulated units.

This determination is made on a case-by-case basis and is usually proven through circumstantial evidence—i.e., quantity and packaging of the drugs, location of the drugs in the apartment, drug history of the tenants and/or occupants, presence of weapons and/or ammunition, drug paraphernalia, foot traffic in the apartment, etc. The court will weigh this circumstantial evidence against factors such as the tenant-of-record’s mental and physical capacity, the long-term tenancy of the tenant, the sentence imposed on the offending family member, and the likelihood of a reoccurrence if the tenant remains in the apartment.

In a recent decision, WHGA Renaissance Apts, L.P. v. Jackson (Civil Court, New York County, Index No. 50984/2014), tried by this writer, the court awarded the landlord a final judgment of possession, and issuance of a warrant of eviction against the tenant-of-record. The Housing Court weighed many of these factors in determining that the elderly tenant-of-record knew or should have known that her son, an occupant in the apartment, was using the apartment in the sale of crack cocaine. What was significant to the court was that this was not the first time drug enforcement had been to the apartment based upon the suspicion of drug sale. While the first visit did not result in a conviction for narcotics sale, it served to put the tenant-of-record on notice of the possibility of illegal drug activity in her apartment.

The major lesson for landlords is that if you believe an apartment is being utilized for drug sale or any other illegal business, remain diligent in contacting your local police precinct and/or drug enforcement agency to advise them of the continued activity in the premises. Even if it doesn’t immediately lead to an arrest and conviction, it should aid in the eviction proceeding, once the D.A.’s office compels you to take action. 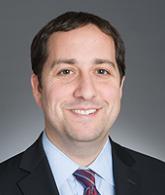