Landlords are often faced with the issue of tenants who allow an excessive number of people to occupy their apartments. Often these are family members, friends, and minors. The overcrowding can include bunk beds and the like. “Overcrowding” is governed by the Multiple Dwelling Law (MDL) and the Housing Maintenance Code (HMC). MDL § 31(6)(A) provides that, except in class B dwellings and dormitories, no room shall be occupied for sleeping purposes by more than two adults. There is a carve-out for children—two children between the ages of 2 and 12 years of age are the equivalent of one adult, and children under the age of 2 are not considered occupants). In the City of New York, HMC § 27-2075 provides that every person occupying an apartment must have a livable area of at least 80 square feet (livable area does not include private halls, foyers, bathrooms, or water closets). There is also a carve-out for children—for every two adults there may be one child under 4 years of age.

The Appellate Term, First Department, recently dismissed an illegal occupancy holdover proceeding, stating that “In the absence of any showing that a violation has been placed against the premises, or that the Landlord was actually ‘subject to Civil or criminal penalties’, the proceeding is premature” [JMW 75 LLC v. Jim Wielaard, 2015 NY Slip. Op. 50473(u), April 7, 2015].

In so holding, the court relied on its earlier decision in 210 West 94 LLC v. Concepcion [2003 NY Slip. Op. 50612 (u)]. In that holdover proceeding, the landlord’s notice alleged that the tenant was in violation of MDL § 31(6)(A), by allowing more than two adults to occupy rooms for sleeping purposes.

The court noted that no overcrowding violation had been placed against the building by reason of the tenant’s occupancy and therefore concluded that, with nearly identical wording, “In the absence of any showing that the Owner was actually ‘subject to Civil or criminal penalties,’” the civil court properly dismissed the proceeding as premature.

Several subsequent cases have been litigated under the basis of breach of the various overcrowding statutes, but nevertheless, the court’s decision was consistent—an action for overcrowding cannot be maintained where there is no violation for overcrowding. [See Landmark Assocs v. Ruiz, 983 N.Y.S. 2d 204 (N.Y. City Civ. Ct. 2013); an action under HMC 27-2075 could not be maintained in the absence of a violation. See also Porto v. Watts, 816 N.Y.S.2d 700 (N.Y. City Civ. Ct. 2006); notwithstanding that the Notice of Termination didn’t contain an allegation of overcrowding, the landlord could not proceed under the allegation of breach of HMC §27-2078 and MDL 31(6)(a) because there was no violation.]

While it is unfortunate that a landlord must wait to be fined before commencing a court case to correct this condition, once a violation has been issued, a landlord should move for summary judgment since, based upon the documentary evidence (the violation), the issue of illegal use has already been decided.

Recently, my client was issued a Notice of Violation from the Environmental Control Board for “occupancy contrary to the Certificate of Occupancy.” The inspector noted that there was overcrowding of the apartment by the addition of extra body cots in the hallway and bedrooms. The inspector further noted that cots and beds are rented to individuals and that the individuals have toiletries, personal effects, and food items in each room.

The inspector wrote as a remedy, “Discontinue illegal use forthwith.”

While the existence of this violation led to a fine being issued against the landlord by the Environmental Control Board, it also served to prove my case in landlord/tenant court.

In addition to the ECB violation, the Department of Housing Preservation and Development, Division of Code Enforcement, had issued a violation pursuant to HMC § 27-2078, to “Discontinue use for single room occupancy purposes, the apartments which are occupied by more than two boarders, roomers or lodgers.”

Section 27-2078 of the HMC states how many occupants you can have per square foot in an apartment. Specifically, the code provides that:

a. A family may rent one or more living rooms in an apartment to not more than two boarders, roomers or lodgers, if every living room in such apartment has free and unobstructed access to each required exit from such apartment as provided in paragraphs (a), (b) and (c) of subdivision four of section two hundred forty-eight or paragraph (a) of subdivision one of section fifty-three of the multiple dwelling law, and if each such boarder, roomer or lodger has access to, and the right to use, at least one water closet, bath or shower and one washbasin as may be required in or for an apartment in this code.

c.  A family may rent one or more living rooms in a private dwelling to not more than two boarders, roomers or lodgers, except as otherwise prohibited under the zoning resolution of the city of New York.

Based on these violations, the court granted the petitioner’s motion for summary judgment, since based on the documentary evidence and the tenant’s concession that he rented out beds in his apartment, there was no triable issue of fact.

In light of the court’s decision in JMW 75 LLC v. Jim Wielaard, a landlord may have to wait until a violation is placed before bringing an illegal occupancy holdover. While waiting to be fined is not optimal from a landlord’s perspective, the issuance of the violation may prove dispositive in bringing this type of case.

This article was written with the research assistance of Kamran Yaghoubzadeh, Esq., an Associate at Borah Goldstein. 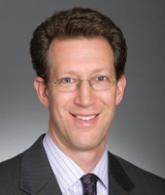 Adam P. Cooper is a partner in the Landlord/Tenant division of the Borah Goldstein. He joined...