The DHCR persists in taking away owners’ incentives to improve apartments, as the agency has now moved into the realm of Individual Apartment Improvements or “IAIs.” On May 6, 2016, the DHCR issued Operational Bulletin 2016-1 (OB 2016-1), supplanting DHCR Policy Statement 90-10.

The biggest news is that the DHCR will now consider the “useful life” of IAIs. Section 2522.4(d) of the Rent Stabilization Code (RSC) sets forth the useful life of roofs and boilers, and walkways and windows, among many items, but there is no guidance as to the “useful life” of a vanity or a stove.

The DHCR sets forth the standard as follows:

Unlike major capital improvements, which have a useful life schedule in the RSC, DHCR’s determination of whether an IAI’s useful life has been met will be based on the facts of each case.

Where the useful life of an IAI is at issue and the installation was completed during a vacancy or included on a vacancy lease, DHCR may require the owner to submit documentation to prove that the useful life of the old equipment or furniture had been exhausted.  [Emphasis added]

Therefore, owners must keep track of how often appliances are replaced and take pictures of damaged items before replacing them. It is a good idea to keep an “Apartment Condition” form when a tenant vacates, for the purpose of returning security deposits and now, tracking the state of an appliance for “useful life” purposes. It is equally important to hold onto your receipt and proof of payment for each item installed.

In OB 2016-1, the DHCR expands on its long-standing Policy 90-10, which set forth the four kinds of proof of payments—only one of which was required under this policy. However, in processing rent overcharge complaints the DHCR had long since abandoned acceptance of just one form of proof, and this Operational Bulletin “calls for a higher standard of proof.”

In the new OB 2016-1, the DHCR directs owners to submit as many forms of proof of payment, with no guarantee that all four will be sufficient. The agency uses an example:

An invoice or contract with less than complete specificity may not be sufficient.

What does this mean? It means that when your contractor bills you, make sure the invoice reflects the following:

The DHCR specifically reserves the right to investigate as needed, whether that includes: (a) inspection; or (b) affidavits of the contractor and/or architect.

Historically, the DHCR has asked for itemized costs. Now OB-2016-1 formally sets forth this option that the agency can exercise.

The hazard in failing to itemize an invoice is that an owner can lose the entire claimed “lump sum” if the DHCR can’t disallow certain aspects of the job. For example, if part of the job was “repair”—e.g., varnish existing floors, which is not eligible for a monetary increase—then your total “improvement” costs could be lost.

OB-2016-1 discusses the scenarios where an owner owns the contracting company that did the improvements and the instance when a superintendent does work outside the “scope of his employment.” These are commonplace situations, and scores of decisions have been issued concerning these relationships. The key is being aware that you may have to:

This means the owner must be prepared to provide cancelled checks and payroll records in order to collect IAIs on such legitimate expenditures.

When Work Is Paid for in Cash

The newest wrinkle (or hurdle) is regarding cash payments that exceed $10,000.00. The DHCR announced that stricter scrutiny will be applied, requiring proof such as:

Owners must proceed with caution and document cash payments.

Finally, in OB 2016-1, the DHCR commits to a partial list of allowable and ineligible IAI improvements. The most noteworthy are:

Owners must review the lists on OB-2016-1 as they are the result of years of litigation. Being familiar with these permissible and impermissible IAIs better ensures your investment can be recouped.

In OB 2016-1, the DHCR acknowledges that the rent laws do not require retention of records for more than four years. The irony is that the DHCR has the power to “look back” beyond four years for a question of status—thus, the four-year rule has little meaning.

The key to successfully collecting IAI is to take dated photographs and earmark checks to refer to detailed contracts from vendors. 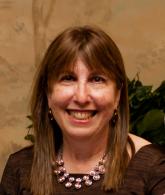