DHCR Giving Little Guidance on How to Amend Registrations

The DHCR’s most recent amendments to the Rent Stabilization Code now require that an owner seeking to amend past registrations file an application to amend unless the amendment has been directed by the DHCR or a court.

When no order has been issued, the DHCR has provided little guidance as to how amendments are to be applied for, and in what instances applications will be granted. No forms, fact sheets, or operational bulletins have been published. The owner is left to apply for an administrative determination, and hope for the best.

It appears the DHCR itself is still unclear as to when it will approve amended registration applications. In an order denying an application to amend, the agency stated that amendments to registration may be accepted for processing to correct:

“Amendments seeking to re-calculate the rental history of the apartment or other types of changes are not applicable for an Administrative Determination.”

In this case the owner sought to amend the registrations for the years 2005 through 2009 to remove a tenant’s name for the apartment registration. The owner had mistakenly named the then tenant who took occupancy in 2010 as the tenant since 2005. However, no proof was provided as to who actually resided therein from 2005. The foregoing seems to indicate that the DHCR will approve applications for amendments only when they deal with clerical errors.

The DHCR issued an order granting the application and stating that the owner could amend the registrations for the years 2012 and 2013, but the DHCR noted that:

The results of the two applications are puzzling. It appears, as of yet, the DHCR has not established a standard. The only way to make sense of the apparent incongruity between the two decisions is to reason that the DHCR found the latter application to be one seeking to correct “an incorrect lease term” and the owner provided sufficient documentation.

An owner preparing to amend must provide documentation that the proposed amendment is reasonable, or risk the DHCR denying the application based upon an insufficiency. 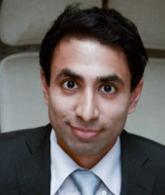