How to Get Surveillance Footage Admitted into Evidence

If a picture is worth a thousand words, imagine the value to a landlord prosecuting a nonprimary residence holdover of 10,000 pictures demonstrating the tenant’s absence from the premises. As it is generally acknowledged by the courts (see Broome Realty Assoc. v. Sek Wing Eng,182 Misc.2d 917, Appellate Term First Department 1999) and throughout the real estate community that use of video cameras in residential buildings for both security and limited information-gathering purposes is permissible, many landlords are now using video surveillance in their buildings for various reasons.

Video is a particularly useful instrument when eye witness observation and circumstantial evidence lead to the inescapable conclusion that the apartment is not the tenant’s primary residence.

In order to effectively convince a court through video evidence alone that the tenant does not utilize his apartment, the data must be obtained and the recording system monitored in a way that ensures the court will accept it into evidence and give it the greatest weight possible. The use of video footage at trial is the equivalent, from an evidentiary standpoint, of putting thousands of individual photos into evidence, as each frame of that video is a still photograph. Additionally, the video can be used at trial to impeach the tenant’s testimony at his deposition regarding particular dates he claims to have been in the apartment.

Because the number of images involved is often overwhelming, the use of the proper equipment and the establishment in advance of proper installation and viewing practices are key. The selection of a competent and knowledgeable contractor to assist in the purchase, installation, and monitoring of the results of the ongoing surveillance is critical. The landlord must then insist on the manner in which the surveillance is to occur. Careful consideration must be paid to every detail, such as type of camera and DVR used, the camera’s placement outside the tenant’s apartment, and the way and frequency in which the DVR used to store the video data is reviewed. Finally, meticulous storage of the video record is necessary, so that it will withstand any chain of custody arguments raised by the tenant's attorneys.

In the case of 1427 LLC v Schiller (L&T Index # 50724/08), the trial court dismissed a petition in a non-primary residence holdover, in part because it completely discounted the video surveillance record offered by the landlord. The court found “significant issues” of reliability, specifically referring to unexplained periods during which no recordings were made and incidents of defacement to the video camera. The court found that since the camera and the DVR were not located in secure locations and there were documented incidents of vandalism, the video evidence was not credible.

To avoid a similar outcome, keep these rules in mind during installation:

Typically in non-primary residence cases, many months of video surveillance will be necessary in advance of the expiration of the tenant’s lease. At the end of every week, the video data recorded should be downloaded onto a DVD and reviewed by an employee of the landlord having personal knowledge of the view from the camera. Each of the weekly DVDs should be tabbed with the precise time and date of any appearances by the tenant. The DVDs should then be stored in a secure location and if the video is subsequently needed—for example, for review by your attorney—copies can be made while leaving the original DVDs in the same secure location.

Your contractor should periodically check the camera and DVR to confirm that both are operating properly and be prepared to testify at trial that it was at all times functioning as it should. Finally, the circumstances of each case will dictate the precise manner in which the video surveillance takes place. When preparing to conduct video monitoring, the landlord needs to discuss preparation with their landlord-tenant attorney, so that he or she can assist in making certain that the most persuasive record will be obtained through the surveillance process. Ensuring that the compelling, even damning evidence that the video record provides will be accepted into evidence by the court can make the difference between victory and defeat. 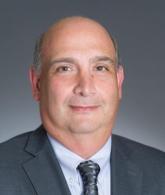 Lawrence E. Goldstein, who has worked in the landlord/tenant field for nearly 20 years, performs...