The saga of landlords in the City of New York attempting to eliminate short-term rentals in Class “A” multiple dwellings continues with both success and sometimes peculiar results.

After victories by landlords in cases such as 42nd and 10th Associates v. Ikezi, Thor 17 West 125th Street LLC v. James, as well as Brookfield LLC v. Penrat, most judges in Housing Court have adopted the correct position that transient activity in Class “A” multiple dwellings violates rent regulations, fire codes, and zoning laws, and warrants the eviction of tenants violating the laws in both rent-stabilized and non-stabilized apartments alike.

However, there are some judges who still do not get it.

Recently, a holdover proceeding was commenced against a tenant whose lease in an unregulated apartment had expired. The tenant was actually living elsewhere, but admittingly utilizing the premises for short-term rentals. The tenant signed a stipulation of settlement agreeing to vacate in two months, but as a condition he was required to cease renting the premises as a “hotel.”

The Housing Court judge refused to approve the agreement. The judge disapproved of the language requesting that the tenant cease advertising and renting the apartment on Airbnb. She demanded that the attorney for the landlord remove the clause from the agreement. The judge could not be persuaded by the attorney’s argument that continued use of the premises would result in fines of $1,000 per day. She was also not interested in the published argument that permitting transient use was clearly illegal, nor did the judge care that there were articles regarding fire safety codes, zoning law violations, and most of all, any effect on other tenants living in the premises.

As a postscript to this action, the landlord’s attorney was relegated to changing the settlement and obtaining a judgment staying the execution of the warrant of eviction for two months because backlogs in the Housing Court could have resulted in a trial date as long as two months away.

I assume the Governor is reviewing the constitutional issue regarding signing this bill. However, noticeable in this bill is its lack of fine for a tenant who actually rents his apartment for transient use. The fine for transient use in a Class “A” multiple dwelling remains only against the landlord, who remains liable even if he is without knowledge of such activity.

As I've written in previous articles, both owners and tenant groups do not approve of the use of apartments, especially rent-regulated apartments, as hotels. I would have thought the courts and the State Legislature would have caught up and would continue to issue decisions and draft legislation that reflect the illegality of short-term stays. Apparently there is more work to be done. 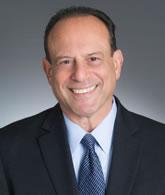 Todd I. Nahins is a Senior Partner at Borah, Goldstein, Altschuler, Nahins...

$68M in Rent Supplements for Struggling Renters in NYC

HPD Settles with Building Owner Over Harassment and Violations