A tenant who flouts building rules and disregards the city’s mask mandate is likely to spark complaints from neighbors and staff members who are concerned about their health. The eviction moratorium doesn’t mean a landlord can’t take the matter to court. Consider the recent case of a Brooklyn landlord who sought injunctive relief and a temporary restraining order against a tenant based upon nuisance conduct that created health and safety risks affecting other occupants of the building.

The landlord claimed that the tenant violated his lease and building rules because he: (1) refused to wear a mask over his nose and mouth or socially distance in common areas and the gym; (2) allowed his dog to run "off leash”; and (3) regularly caused marijuana smoke to emanate from his apartment. The landlord submitted copies of the lease agreements, multiple photos showing COVID-19-related signs posted throughout common areas, and affidavits from staff members and the tenant living in the apartment directly beneath the problem tenant.

The senior manager of the building stated that the tenant was routinely observed in common areas, including the gym, without a mask covering his nose and mouth despite signage related to COVID-19 safety precautions that was posted throughout the building. The manager further stated that he had received multiple complaints about the tenants’ large dog, which the tenant allowed to roam about the premises without a leash. According to the manager, other tenants had also complained about marijuana smoke emanating from the tenant’s apartment into the hallways. He also stated that the tenant’s conduct was the reason several of the residents asked for early termination of their leases.

The maintenance manager attested to many of the same matters and described a day in January 2021, when one of the tenants reported a gas smell in the building. The NYC Fire Department identified no issues, but the tenant later told a National Grid representative that he left his stove burner on for hours while smoking marijuana.

The building concierge confirmed receiving complaints about the tenant’s conduct from other tenants and said that he observed such conduct via the surveillance system, including seeing the tenant playing basketball in the gym without a mask.

Finally, the tenant’s downstairs neighbor claimed that the tenant’s dog barked incessantly and urinated and defecated on his terrace, and the dog's excrement then leaked onto her terrace. She smelled marijuana smoke coming from the upstairs apartment through the vent canals that run through the two apartment’s bathrooms. According to the downstairs neighbor, these issues rendered her terrace unusable and the apartment uninhabitable.

The purpose of a preliminary injunction is to maintain the status quo and not to determine the ultimate rights of the parties. The moving party—in this case, the landlord—is required to demonstrate a likelihood of success on the merits, irreparable injury absent a preliminary injunction, and a balancing of the equities in his or her favor.

How the Court Ruled

The court found that the landlord submitted sufficient evidence to demonstrate that it had a likelihood of success on the merits of its claim for a judgment declaring that the tenant breached provisions of the lease agreement. There were multiple accounts from individuals with personal knowledge of the tenant’s refusal to wear a mask in common areas, allowing his dog to roam without a leash, and smoking. The wearing of a mask or face covering is required under Section 66-3.2(a) of Title 10 of the New York City Rules and Regulations and the lease, which required the tenant to comply with all present and future city, state, and federal laws and regulations. Also, by signing the lease and its riders, the tenant also agreed to obey gym usage rules, leash his dog, and not smoke in the building, including in his apartment.

The landlord was obligated to provide habitable housing to all the tenants in the building. And the tenant’s conduct, which involved allowing his dog to roam off-leash and his alleged refusal to comply with COVID-19 safety measures, posed an imminent threat to the safety and well-being of individuals in or about the premises.

The court granted the injunction and temporary restraining order barring the tenant from violating the lease agreements and the New York City Rules and Regulations. The risk of irreparable injury to the landlord, building staff, tenants, and visitors outweighed the imposition of an injunction and temporary restraining order that merely required the tenant to comply with his contractual obligations. 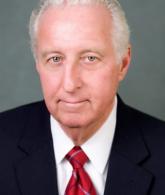