The Case for Renting to Not-for-Profit Housing Agencies

As most of the landlord/tenant bar members are aware, not-for-profit housing providers abound in the city for the homeless, persons in recovery, and persons with disabilities who require transitional housing. When the apartments they lease are within a rent-stabilized building the question often arises as to what rights these organizations have under rent stabilization. The appeal of renting to not-for-profit agencies is that owners rent to one tenant, one contact, receive close-to-market rents, and face fewer obstacles in the collection of rent.

As is widely known, apartments in buildings containing six or more units are, by default, subject to the Rent Stabilization Code (RSC) unless they are otherwise exempted [RSC §2520.11]. At first glance it would appear that apartments rented by typical not-for-profit housing organizations would be temporarily exempt from rent stabilization as the occupants and the organizations fit these terms, as apartments leased by such institutions are operated on a not-for-profit basis and occupied by tenants whose initial occupancy is contingent upon affiliation with these institutions. Often the occupants are transient and occupying apartments on a temporary basis.

However, the courts have recently ruled that such tenants are not exempt and this temporary exemption from stabilization is available only where the institution is the landlord itself, not the tenant renting from a private landlord. (See, e.g., 2363 ACP Pineapple, LLC v Iris House, Inc., 55 Misc. 3d 7 [App Term 2017].)

These rulings, coming out of the First Department, were essentially adopted by all other judicial departments, and as a result, many landlords have registered such units as rent stabilized. When it is necessary or appropriate to bring a summary proceeding against a not-for-profit housing provider, landlords have been relegated to serving a Notice of Non-Renewal ninety (90) days in advance of the termination of the lease. This is often problematic when an occupant is causing an immediate danger—for example, setting fires in the garbage room. While most not-for-profit agencies are very cooperative and often try to relocate a problem occupant, that is not always the case. In abundance of caution, this firm still serves a Notice of Non-Renewal when the timing permits.

The next question is what would such a legal rent be, if these housing accommodations were in fact rent stabilized?

Fox represents an evolution in the caselaw, recognizing the exempt nature of these apartments.

The Facts in Fox

In 1975, plaintiff Barry Fox leased a rent-stabilized apartment and then in 1996, agreed with the landlord to combine his apartment with a neighboring unit and entered into a market-rate lease. At the time the units were combined and purportedly deregulated the building was receiving J-51 tax benefits.

In 2014, the building was sold to a new owner, which informed Fox that the lease would not be renewed. Fox then commenced an action maintaining that the apartment was improperly deregulated in 1996 because the building was receiving J-51 benefits at that time (see Roberts v. Tishman Speyer Props., L.P., 13 NY3d 270, 918 N.E.2d 900, 890 N.Y.S.2d 388 [2009]). Fox’s company stopped paying rent on the apartment. The owner subsequently sought summary judgment, arguing that, regardless of the earlier receipt of J-51 benefits, the apartment was deregulated in 2008 when the lease was issued in the corporate name instead of Fox's name. The trial court disagreed and found it stabilized, but the appeals court reversed.

The First Department held that because the 2008 lease, and the subsequent lease renewals, named the corporation as the sole tenant and did not identify any particular individual as the occupant of the apartment with a right to demand a renewal lease, Fox was not entitled to the renewal of the lease.

What Does This Mean for Apartments Leased to Not-For-Profit Housing Organizations?

First, as these leases are always in the organization’s names, it means that these organizations are not entitled to the protections of the Rent Stabilization Code, which in turn means that a landlord is entitled to set a market rent, for what would otherwise be a rent-stabilized apartment, when it leases it to a not-for-profit housing organization, or, for that matter to any corporation where no particular individual is designated on the lease as the occupant. This is true, notwithstanding the plainly known and understood fact that such tenant has resided or will intend to continue to reside in the apartment—the tenant is not subject to or entitled to the protections of the RSC.

Significantly, contrary to other recent cases that have held that a notice of non-renewal is necessary to end such a tenancy, the Fox case seems to hold otherwise—as the corporate tenant itself is not entitled to the protections of the RSC.

As to the corporation, the First Department held that under settled precedent, the corporate tenant is entitled to the protections of rent stabilization only if an individual tenant is named in the lease and no perpetual tenancy is created. Thus, neither Fox nor his corporation were rent stabilized.

As such corporate tenants are not subject to or protected by the RSC, they have no right to overcharge claims.

In the current political climate, where homelessness and transient housing continue to be a persistent problem in New York City, it is advised to closely follow how the Housing Courts react to the Fox case. 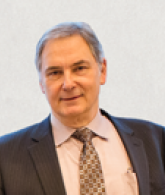